A Taste for Chaos

The Art of Literary Improvisation

Western civilization has always driven toward mastering the world through reason, will, craft, and scientific objectivity. Yet beneath this current swirls a riptide that suggests we can know more of the world through non-rational means – through spontaneity, intuition, and creativity.

In A Taste For Chaos, literary scholar Randy Fertel explores this undercurrent of spontaneity in literature and identifies a new metagenre called improvisations – texts that claim to have been written without effort or craft, like an idea that hits you in the shower. Whether the authors claim to have written them in a dream, instinctively, off the top of their head, or when drunk, they have done so, so they claim, without effort, and their work is the more valuable because of it. While self-styled spontaneous texts claim to be unlike anything we have ever seen before, they actually abound across genres and time, from the epic sung poetry of classical Greece to 21st century novels.

A Taste for Chaos presents a methodology for talking about spontaneity, and then applies that methodology to landmark texts. Fertel explores the complex nature of the spontaneous gesture; identifies the stylistic conventions, themes, and rhetorical features of improvisations; and explores the archetype of spontaneity throughout history from philosophy and psychology to chaos science, jazz, conceptual art, post-modernism, and finally Hermes – the god of crossing boundaries, of improvisation, who graces the book’s cover. Fertel then provides a fresh approach to major texts of the Western tradition by analyzing them through the lens of improvisation: Milton’s Paradise Lost, Sterne’s Tristram Shandy, Wordsworth’s Tintern Abbey, Tennyson’s Idylls of the King, Mark Twain’s Huckleberry Finn, Jung’s Red Book, Joyce’s Ulysses, Mann’s Dr. Faustus, and finally, McEwan’s Saturday. Woven throughout these improvisations, demonstrates Fertel, is the lesson that we can ultimately know more of the world by accepting the limits of reason, and opening up rationality to more of life. 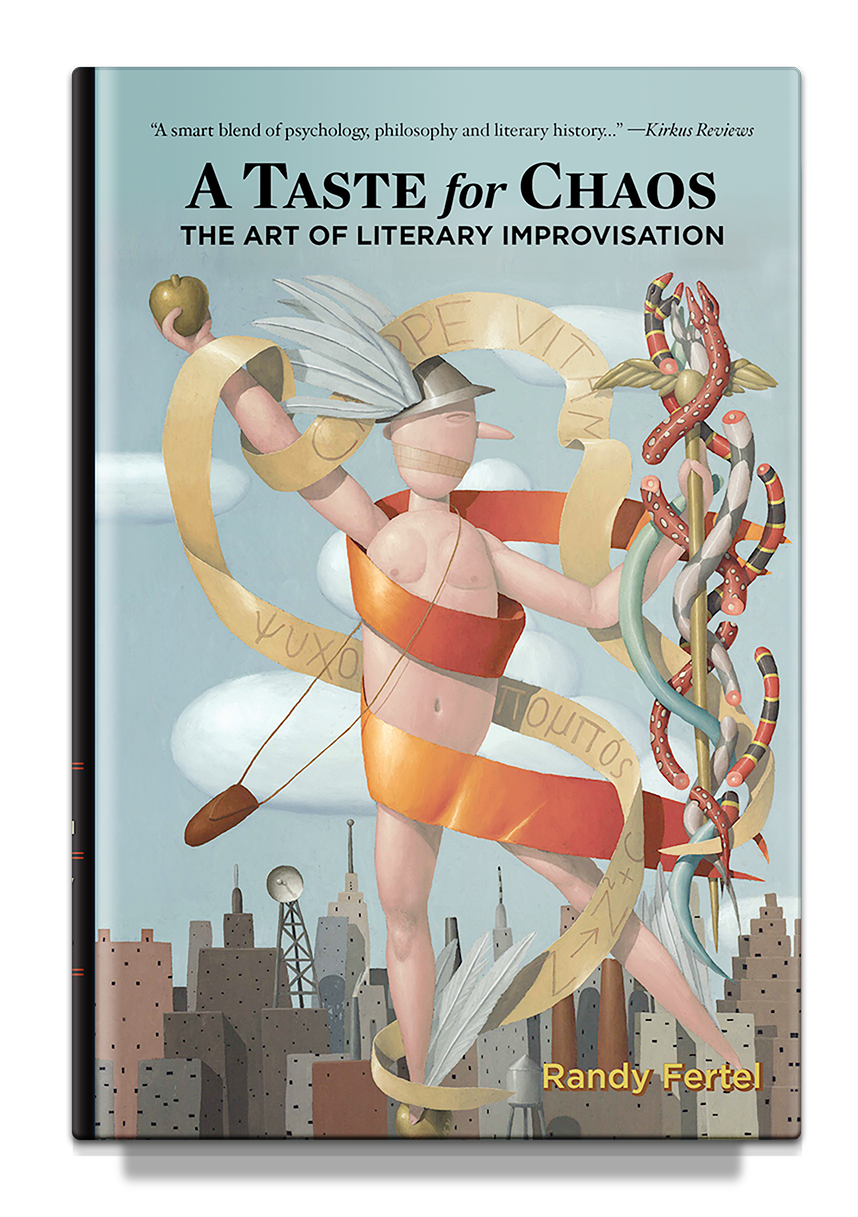 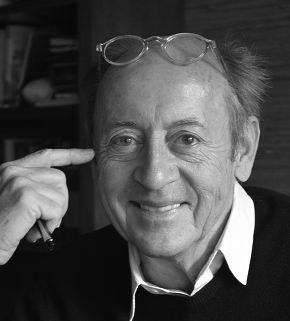 A Taste for Chaos provides a sweeping view of the complex history of the notion of artistic spontaneity. Packed with erudition and references ranging from Lucretius to James Brown, and written with reader-friendly clarity, Fertel’s book is a lively examination of the centuries-old debate between the improvisers and the deliberators. This detailed labor of love deserves its place on any serious bookshelf devoted to literary study or the history of ideas. 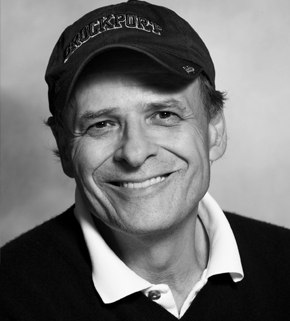 A Taste for Chaos is a stunner of a book – smart, jarring, innovative, witty, provocative, wise, and beautifully written. As a sustained and unified work of literary analysis, this book is nothing short of dazzling, both in its meticulously structured central argument and in its intricate exploration of the artistic tensions between order and disorder, reason and intuition, design and improvisation. Not only is this a book about the artistic endeavor, but it is also a work of art in its own right.

- Tim O’Brien, National Book Award-winning author of The Things They Carried and Going After Cacciato 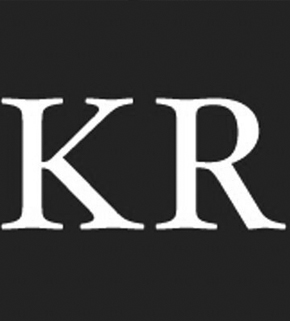 A smart blend of psychology, philosophy and literary history…. A tour de force of reading in the fields of literary theory and history befitting a George Steiner or Erich Auerbach.

“Fertel has Erasmus jamming with Jung and Louis Armstrong, and you can almost tap your foot to it.”
—Roy Blount, Jr., author of Alphabet Juice

“The magnificent chapter on Hermes and Odysseus is alone worth the price of the entire volume.”
—Stanley Lombardo, Professor Emeritus of Classics, University of Kansas; translator of The Iliad and The Odyssey

“Randy Fertel leads us on a brilliant literary exploration of improvisation and the art of appearing spontaneous. From Louis Armstrong to Derrida, Twain to Jung to Joyce, he shows how order emerges from chaos. It’s a delightful and fascinating book, written with a jazz-like enthusiasm.”
—Walter Isaacson, CEO, Aspen Institute; author of The Innovators and Steve Jobs

“What Randy Fertel says in his opus on improvisation in the arts, A Taste for Chaos, is both important and rich with a perceptive imagination; it is a good match to Isaacson’s The Innovators, and stands tall as another huge and hand-carved broom that removes so much dust from the floors of the academy. Fertel is about stepping up to the issue and using his head for much more than a hat rack.”
—Stanley Crouch, author of Kansas City Lightning and Considering Genius

“A Taste for Chaos is a work of love: a monument to erudition, with the kind of analytical depth and expanse of reading behind its arguments—and the kind of wit and elegance in its presentation—that come only with craft and time. This book was worth every minute of the wait.”
—Fred Anderson, author of The Dominion of War

“There’s nothing quite like A Taste for Chaos: a cool, analytic, and deeply insightful book … about improvisation and chaos. Fertel argues that craft and “reason’s click clack” lead nowhere without spontaneity. Through intriguing examples gleaned from literature and literary criticism, he leads us to the heart of creativity.”
—Fred Starr, author of Lost Enlightenment and Bamboula!

“An inspiring book, as eccentric as its subject. It answers the questions of why some people are wonderfully, surprisingly creative (and why the rest of us are ploddingly predictable trudgers). Bravo, Fertel!”
—Bill Buford, author of Heat and Among the Thugs

“I love this book. A Taste for Chaos had me at: ‘evaluation is one of the least interesting things we can do with spontaneity.’ Fertel opens the mysterious doorway of ‘spontaneous creation’ and shows me something clear, new, and useful on every page. Fertel is learned and light, reliable and readable, provocative and pleasurable. Even in his writing style he has caught the vitality of spontaneous creation, including some dazzling forays, yet with the authoritative voice academics demand.”
—Eric Booth, author of The Everyday Work of Art and The Music Teaching Artist’s Bible

“I started reading New Orleanian Randy Fertel’s journey through the landscape of literary improvisation with a CD of Louis Armstrong’s trumpet playing softly. Gradually I realized that Louis was Fertel’s exemplar rather than simple accompanist, and that all those intimidating, august, marble-busted great men of letters—Rabelais, Milton, Joyce, Jung, and so on—had also been sitting up too late, smoking, working out their riffs. Who knew? There’s a new and unanticipated note on every page of Fertel’s exciting book.”
—Richard Rabinowitz, author of Revolution!

“A Taste for Chaos is impressive and a delight to read. As a work that is wide ranging, bringing together both insight and illumination of the disparate, it’s the kind of scholarship I most admire.”
—David Lynn, Editor, The Kenyon Review

“If jazz, like love, has its own inner logic, why shouldn’t it have taken Randy Fertel four decades to riff through all our notions—and then some—of what it means to be an improvisational literary artist? Seeming contradictions are anywhere you find them, and serious work always has its own timetable.”
—Paul Hendrickson, National Book Critics Circle award-winning author of Hemingway’s Boat

“In A Taste for Chaos Randy Fertel takes us deep into the substrata of the literary imagination and the creative process, linking such seemingly disparate minds as James Joyce’s and Louis Armstrong’s. It’s a fascinating exposition of the mysteries and benefits of improvisation.”
—Bruce Boyd Raeburn, Curator of the Hogan Jazz Archive, Tulane University; author of New Orleans Style and the Writing of American Jazz History

“Fertel’s writing is elegant and his undertaking impressive in scope and ambition, an interesting blend of close reading and panoramic vision.”
—Amy Ziering, director/producer of the film Derrida

“A highly personal tour de force of literary criticism that got me thinking in totally new ways about improvisation, spontaneity, and invention—the tools of the trade for any jazz musician.”
—Tom Sancton, author of Song For My Fathers

The Perennial Quest for Now: A Review & Profile

KTEP-FM/Words on a Wire – interview

Essays based on the book