The Gorilla Man and the Empress of Steak

The Gorilla Man and the Empress of Steak is the story of two larger-than-life characters and the son whom their lives helped to shape. Ruth Fertel was a petite, smart, tough-as-nails blonde, with a weakness for rogues, who founded the Ruth’s Chris Steak House empire almost by accident. Rodney Fertel was a gold-plated, one-of-a-kind personality, a railbird-heir to wealth from a pawnshop of dubious repute just around the corner from where the teenage Louis Armstrong and his trumpet were discovered. When Fertel ran for mayor of New Orleans on a single campaign promise—buying a pair of gorillas for the zoo—he garnered a paltry 308 votes. Then he purchased the gorillas anyway.

These colorful figures yoked together two worlds not often connected—lazy rice farms in the bayous and swinging urban streets where ethnicities jazzily collided. A trip downriver to the hamlet of Happy Jack focuses on its French-Alsatian roots, bountiful tables, and self-reliant lifestyle that inspired a restaurant legend. The story also offers a close-up of life in the Old Jewish Quarter on Rampart Street—and how it intersected with the denizens of “Back a’ Town,” just a few blocks away, who brought jazz from New Orleans to the world.

The Gorilla Man and the Empress of Steak is a New Orleans story, featuring the distinctive characters, color, food, and history of that city—before Hurricane Katrina and after. But it also is the universal story of family and the full magnitude of outsize follies leavened with equal measures of humor, rage, and rue. 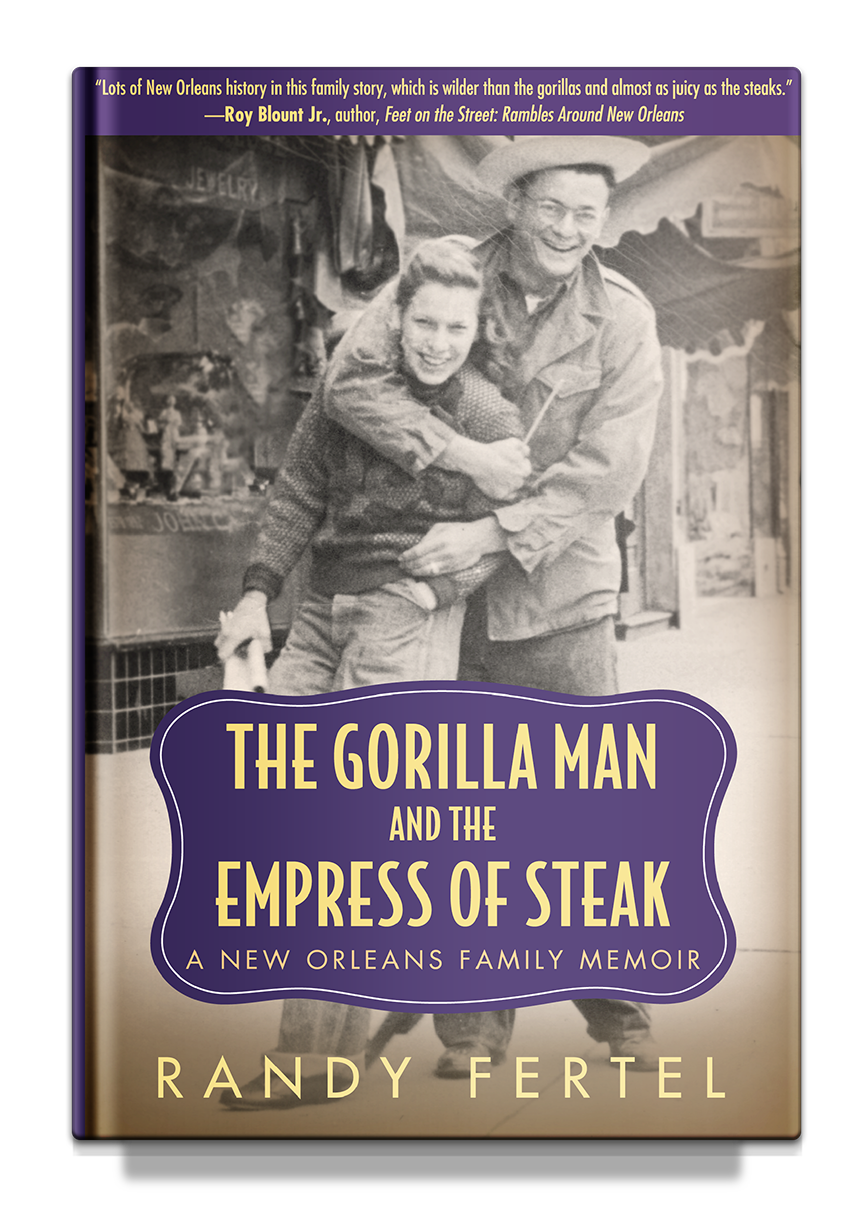 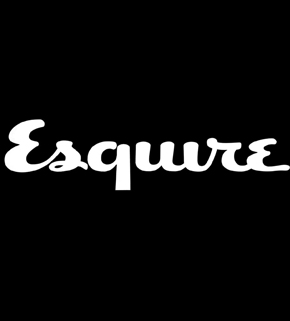 Randy Fertel authors this wild family history without making anything up. Why would you need to when you have parents this extra-ordinary, and a tale played out against a New Orleans full of scalawags and hustlers? This is no teary-eyed memoir of the good old days; it's a fine look back at an era by a very fine writer." 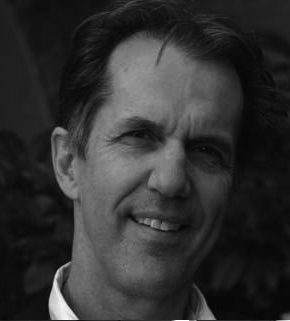 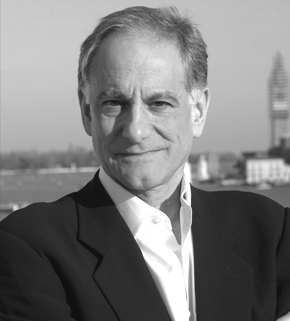 Randy Fertel has been twice blessed: first by having a family quirky enough to reflect the true madness of New Orleans; second, by possessing in abundance the gift of storytelling with which he put it all down on paper. I loved The Gorilla Man. It’s as entertaining as it is informative.”

– John Berendt, author of Midnight in the Garden of Good and Evil, finalist for the Pulitzer Prize

“Fertel brings it all back in this touching memoir, which offers a painfully true look at the faults and weaknesses of his distinctly New Orleans family. His story reminds us how hard it can be to love and be loved by such larger-than-life characters.”
– Library Journal

“Like the sultry New Orleans streets in which the bulk of the story unfolds, this book is thick with drama and rich characters.”
– Publishers Weekly

“Sizzle, steak, and the real back story. They’re all there in The Gorilla Man and the Empress of Steak, a delicious recounting of his life by New Orleans native Randy Fertel that is as savory and satisfying as one of his mother’s steaks.”
– Jessica Harris, author of High on the Hog

“Lots of New Orleans history in this family story, which is wilder than the gorillas and almost as juicy as the steaks.”
– Roy Blount Jr., author of Feet on the Street

“A vivid, engrossing evocation of New Orleans, an exceptional city, in part because of characters like his parents, Ruth and Rodney, the Empress of Steak and the Gorilla Man. A wonderful reading experience.”
– Susan Orlean, author of The Orchid Thief and Rin Tin Tin

“This memoir was a complete pleasure, beginning to end, full of love and zaniness and tenderness and absolutely fascinating detail. Randy Fertel was blessed with an incredible wealth of anecdote, and his prose brings it all vividly to life. What a fine piece of writing this is.”
– Tim O’Brien, National Book Award-winning author of The Things They Carried

“Funny, smart, poignant, and richly redolent of New Orleans, Randy Fertel’s The Gorilla Man and the Empress of Steak is a brilliant memoir by a very talented writer indeed.”
– Robert Olen Butler, Pulitzer Prize-winning author of A Good Scent from A Strange Mountain

“A giant jambalaya of a book that throws into the pot a huge variety of ingredients that surprise,
delight, burn the tongue, sear the heart, make you laugh until you cry—and beg for more. Randy Fertel’s triumph, as a writer obsessed with history, is to have turned the story of his own disastrous family into the story of the city itself, and of its survival.”
– Betty Fussell, James Beard Foundation Award-winner and author of Raising Steaks

“The Gorilla Man and the Empress of Steak is a one-of-a-kind real-life tale, as layered, rich, and full of surprises as a street map of New Orleans. Randy Fertel had the good fortune to be born to a pair of American originals, and his parents had the great fortune to live out their fascinating lives in front of a son who’s a natural-born storyteller. This is one of my favorite books of the year.”
– Mark Childress, New York Times bestselling author of Georgia Bottoms and Crazy in Alabama

“With unsparing honesty and love, Randy Fertel unravels the mystery of his eccentric, legendary parents. The Gorilla Man and the Empress of Steak is by turns wry and sad, hilarious and heartbreaking, but always, always delectable.”
– Stewart O’Nan, award-winning author of Emily, Alone

“This wonderfully affecting family memoir is a well-told tale of personalized social history, a sentient evocation of the sights, sounds, tastes, smells and feel of New Orleans and its sprawling interface with the mighty river and gulf that are its hope and despair, its inescapable fate. Drawing from 200 years of his family’s thrive-and-survive presence on the lip of a watery grave, Randy Fertel gives us a palpable sense of its essence—as close as you can get without living there yourself.”
– John Egerton, author of Southern Food

“His mother was the ‘first lady of American restaurants.’ His father was ‘odd, self-centered and nuts.’ Randy Fertel leverages a raucous New Orleans upbringing, in which Salvador Dali and Edwin Edwards play bit parts, to tell the story of an uncommon American family, defined, in equal measure, by bold swagger and humbling vulnerabilities.”
– John T. Edge, series editor of Cornbread Nation

“The Gorilla Man and the Empress of Steak is that rare memoir that manages to be both intimately personal and yet of broad appeal. For it is truly the portrait of a generation, even as it brings vividly to life a panoply of individual characters in New Orleans. They may be black or white or Creole; they may be male or female. But all fill the reader with joy and wonder, and a fair share of tears as well. Beautifully written, affectionate, witty, this book tugs us from one cover to the other.”
– David H. Lynn, Editor, The Kenyon Review

“Who better to deliver the strange soul of New Orleans, a city we can’t live without, than Randy Fertel? Ruth and Rodney’s child, who suffered and gloried terribly at their hands, is New Orleans’s latest beautiful family memoirist.”
– Paul Hendrickson, National Book Award finalist and author of Looking for the Light

“Fortune gave Randy Fertel this zany cast of characters: the shoplifting grandmother, the litigious, multi millionaire mother with a taste for the  ponies, the father whose family made its money in pawn shops. But from this rich raw material he has added his own wit, meticulous research and gift for telling a tale. Read this book for the joy of it. But be forewarned. If you’re not careful, you’ll laugh your way into a knowledge of running a steak house, collecting debts from the mafia, and taking the family out of a ‘family business.’”
– Lolis Eric Elie, Story Editor, HBO’s Treme; co-producer, PBS’s Faubourg Treme 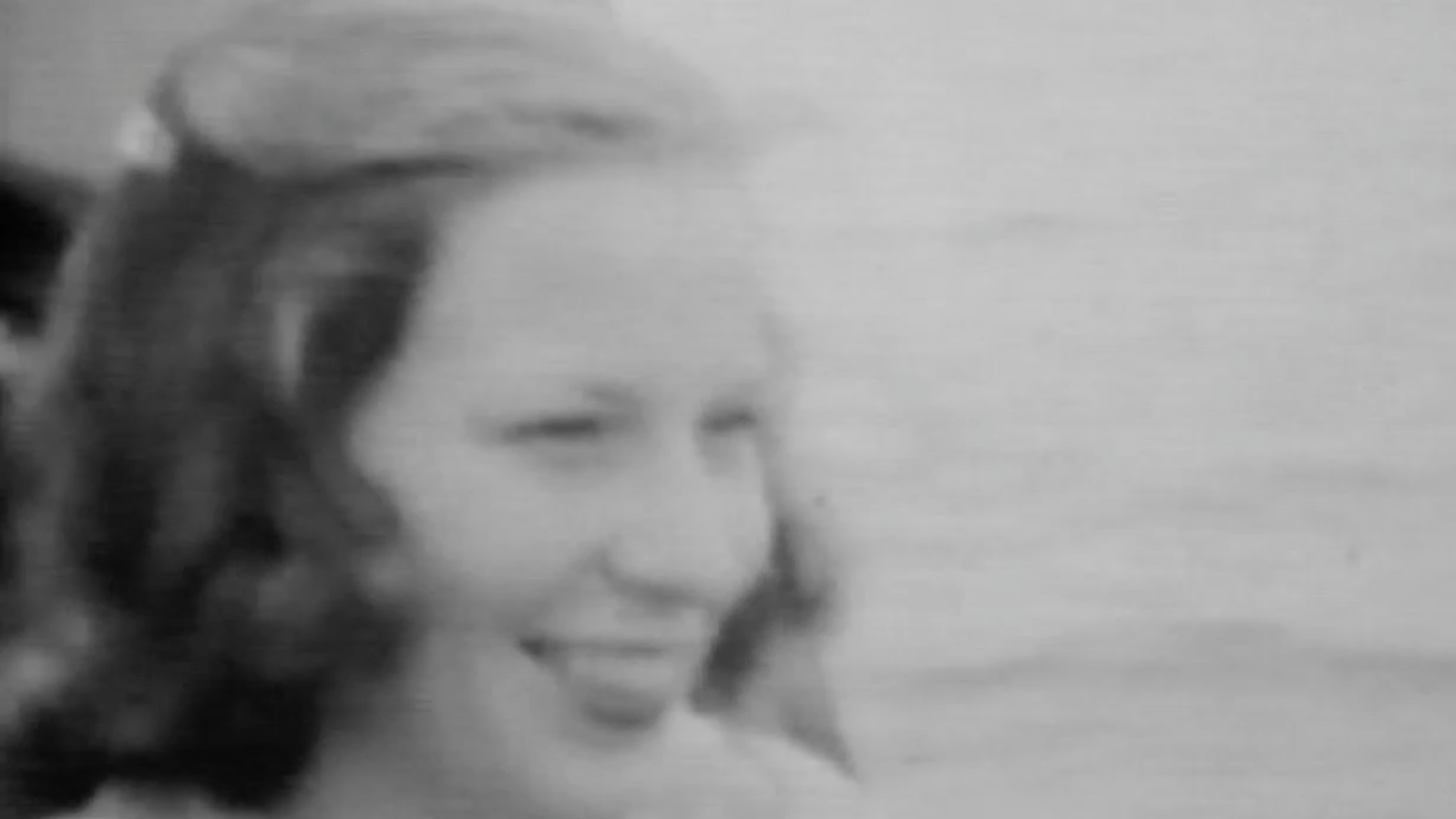 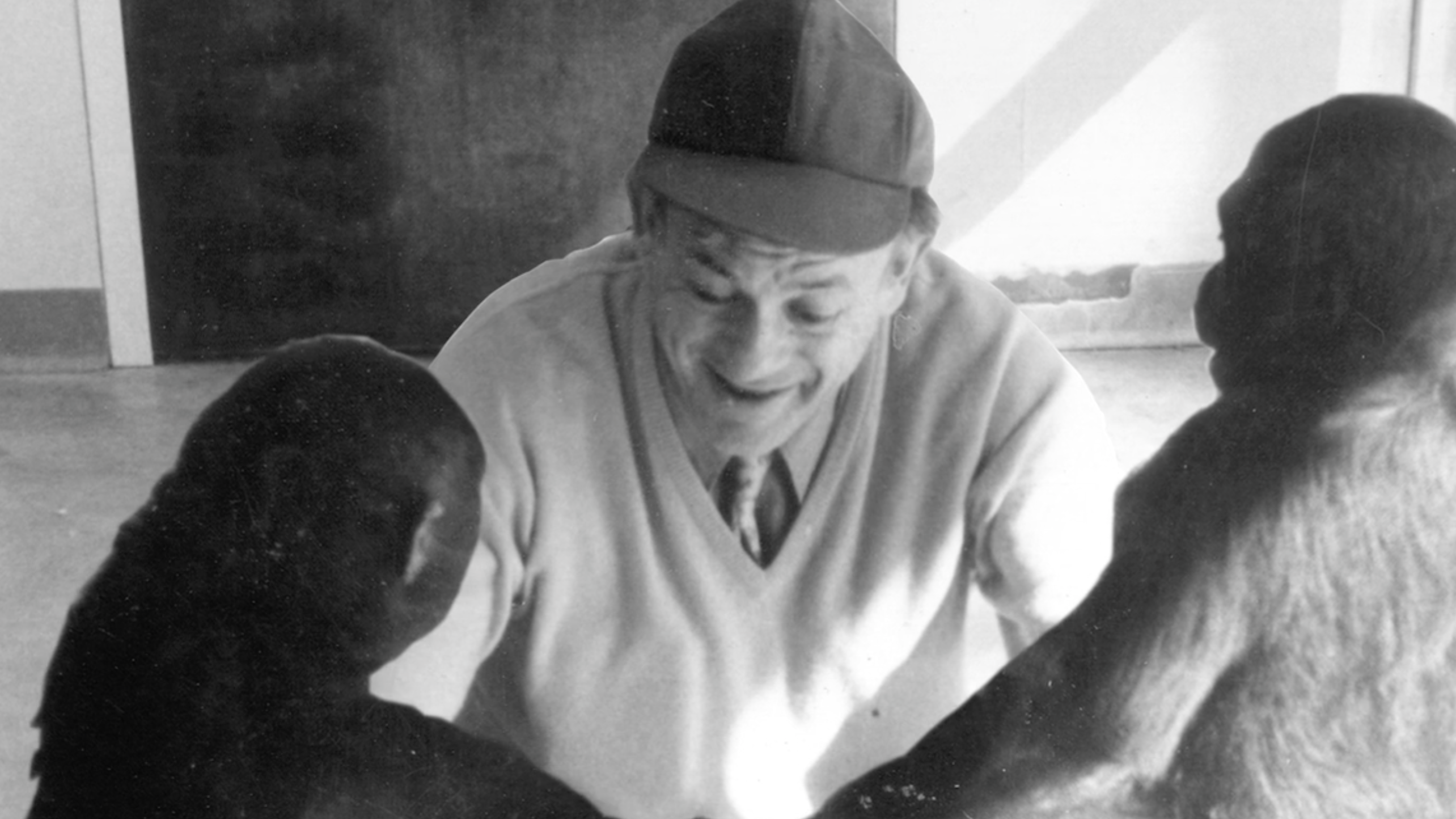 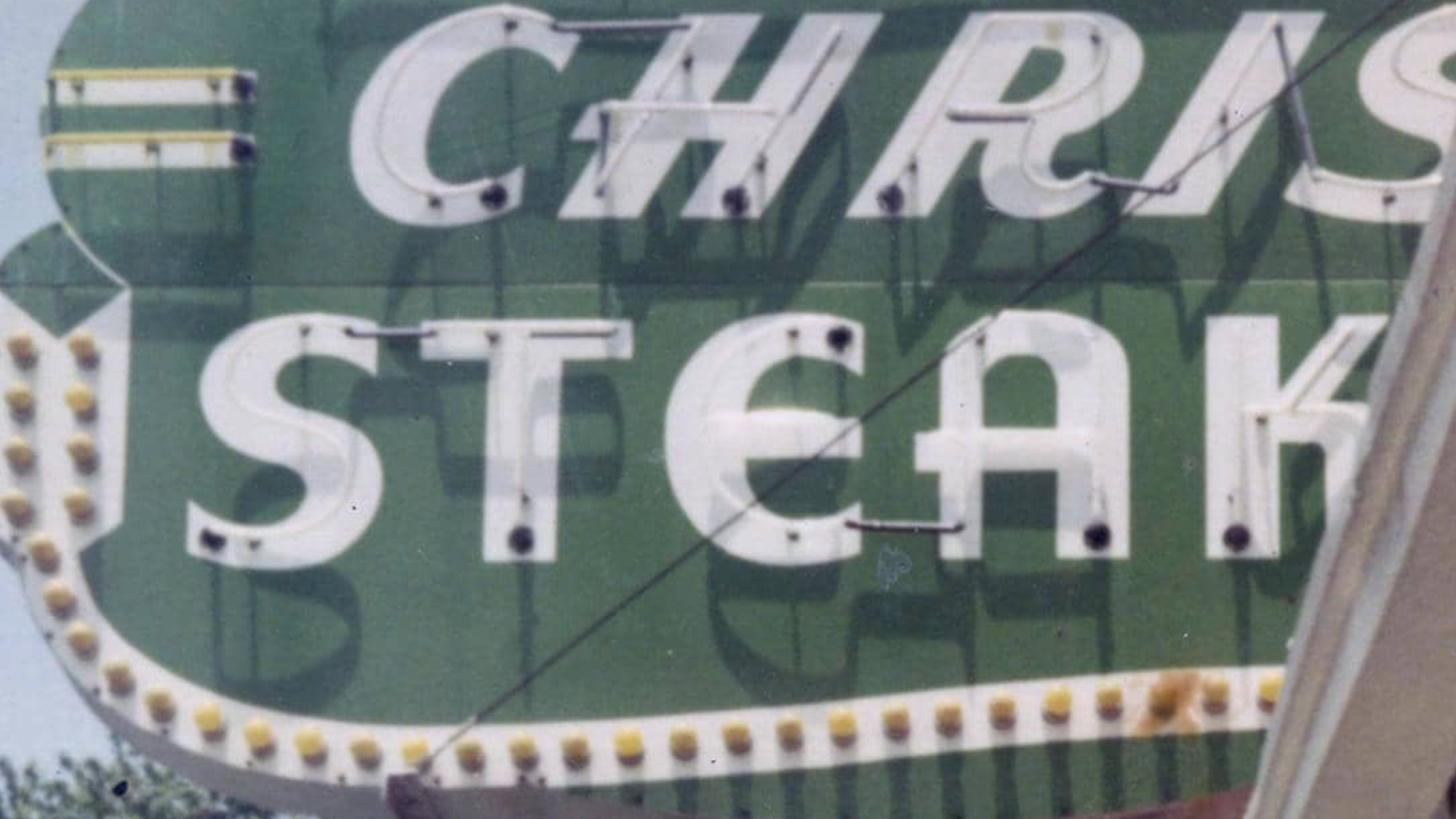 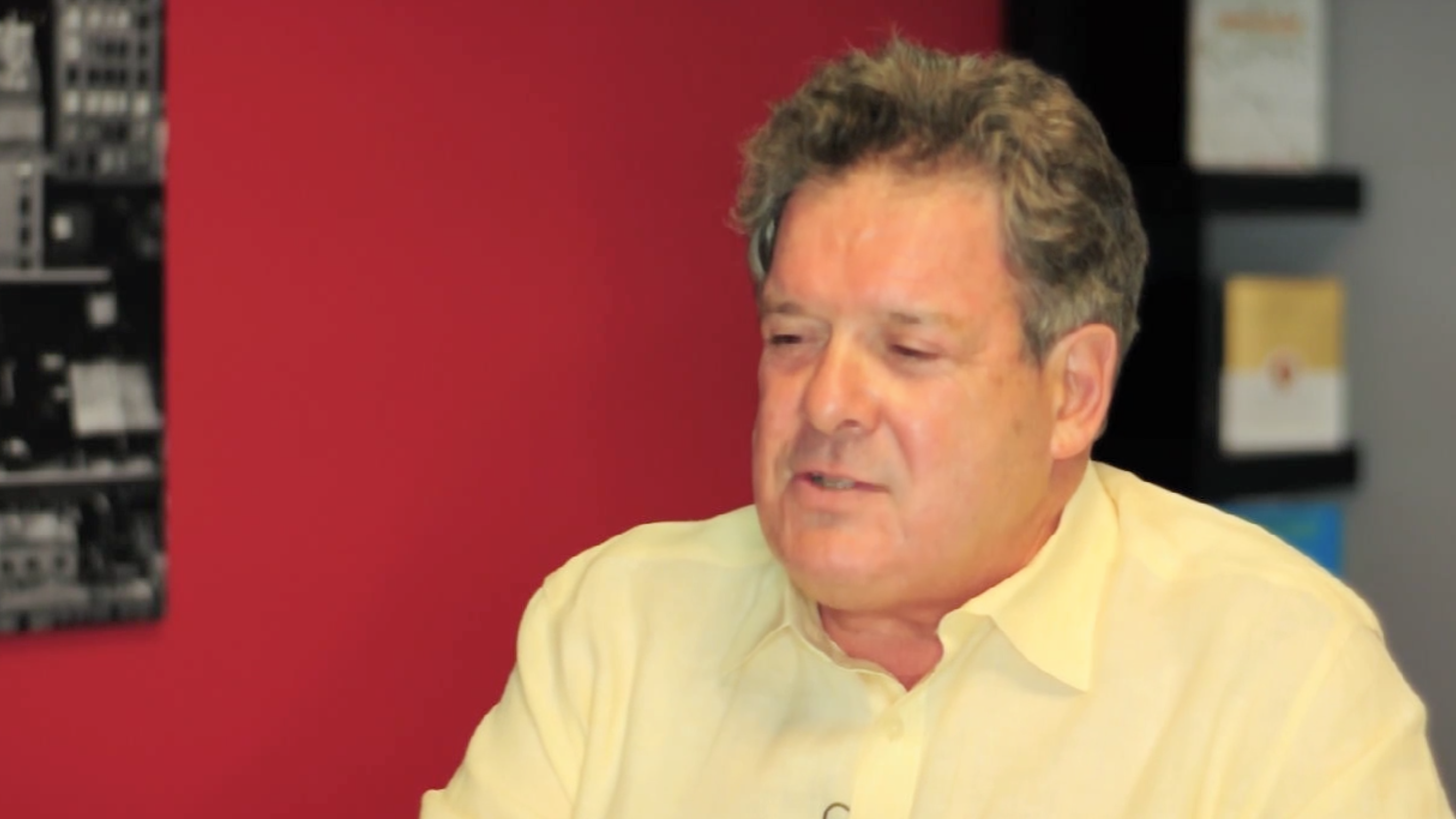 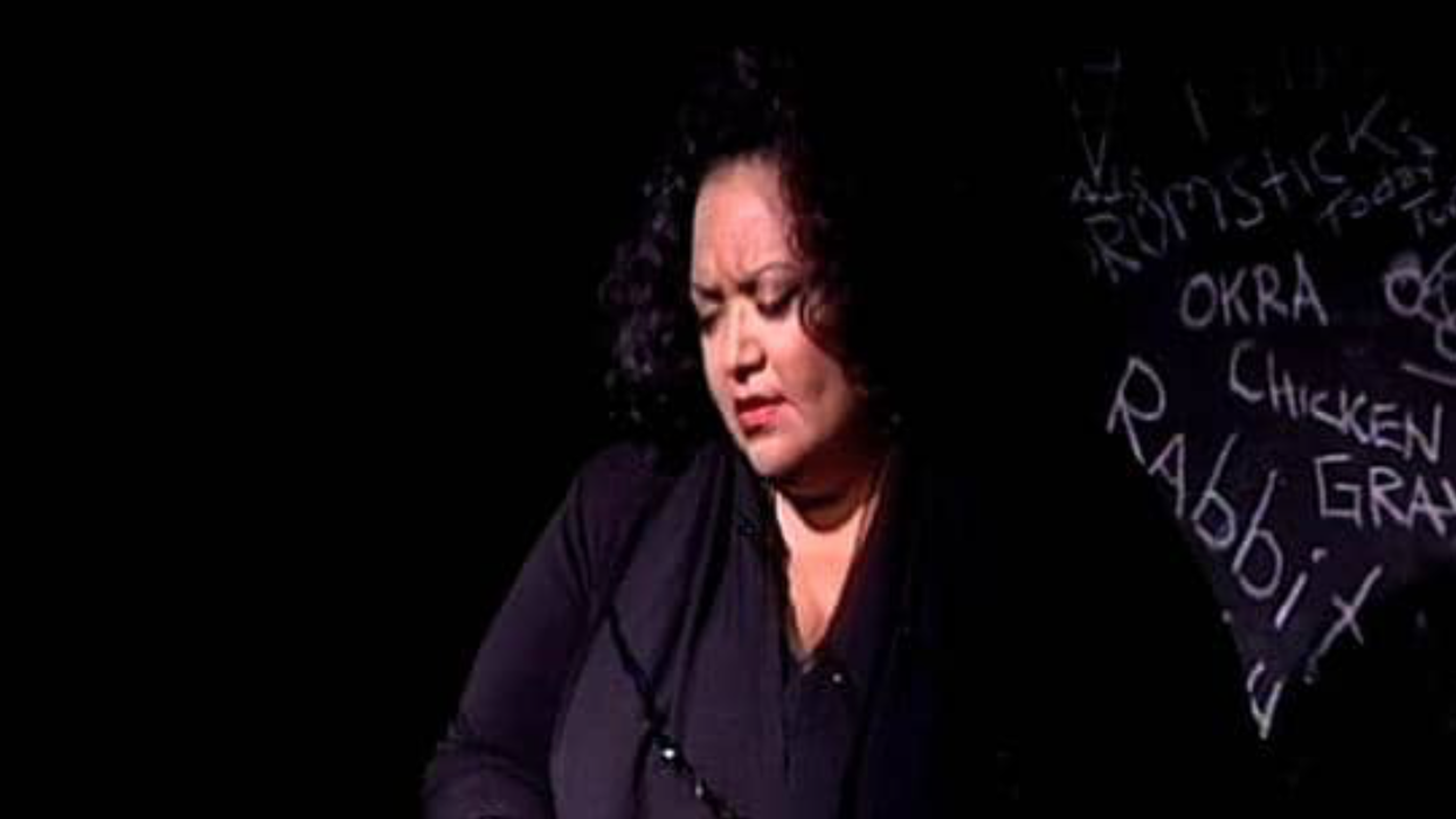 KTEP-FM/Words on a Wire – interview

Essays based on the book